The Synod of Dordt officially began on November 13, 1618 in the city of Dordrecht. It lasted through 154 meetings and ended on May 9, 1619. In a little less than six months, the delegates came to the decision that the Bible taught that all men are totally depraved, God’s election isn’t based on any conditions man has to fulfill, Jesus’s death on the cross was only for the elect, grace cannot be resisted, and once a person is saved, they cannot fall from God’s grace and be unsaved. These are the points that we call the five points of Calvinism.
By the time the synod finished, the delegates had written the Canons of Dordt, a creed still used as one of the Three Forms of Unity in the Protestant Reformed Churches today, making it the second creed along with the Belgic Confession to come out of the Netherlands during this time. It is also unique among the three forms of unity since it focuses only on upholding the five points of Calvinism and refuting the five points of the Remonstrants, instead of providing a summary of the entire Reformed doctrine the way the Belgic Confession and the Heidelberg Catechism do.
As we celebrate the 400th anniversary of the Synod of Dordt this November, we can be thankful for the many means God used to bring about this Synod and uphold biblical doctrines. The synod came about after years of struggle, hardship, war, persecution, and political strife in the Netherlands. Many times it looked like Calvinism would be wiped out in the Netherlands. Yet God still used that same persecution and political schemes to preserve his church and his truth. 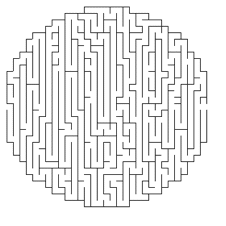